NOTE: Please play this game as a download executable as the browser graphics are not as good. :)

In a world where VR experiences are deemed illegal for their psychoactive influence, our player uses VR to create therapeutic experiences to heal their clients.

Really love how this one turned out. Keep up the great work!

Soo good. now i want a chapter 2! I didn't watch all the stream so i got a good surprise playing it. Soo busy on my own game.

I watched you creating the game on twitch all weekend, and it's really cool to see how it turned out, how in this short time the game can get you in the mood, the colors and the soundtrack were well placed. I liked the voices and the acting. That last scene touched me, and also thinking that this is just another day of work for the main character, you end up guessing what other things he went through and other people he helped ... anyway, I really liked it. Being totally picky, at the time of the jump I think that the texts down there that are on the mountain could be hidden and appear only when you get down, but as I said, details that did not hinder. Congratulations, Lana!

Love the mixed-fidelity graphics, gets the atmosphere across while keeping other things minimal and abstract. I like the voice acted conversations, and I'm really impressed with how much content was added during such short amount of development time. The only critic I have is that the movement feels a bit unresponsive when starting and stopping. The game provided a rather unique and good game play experience, I would love to play more chapters of this game in the future. :)

This game with its beautifully designed an colored main scene really drew me in to play. I was unsure where game was headed so played on!  No Spoilers, try it yourself and discover for yourself or about yourself? 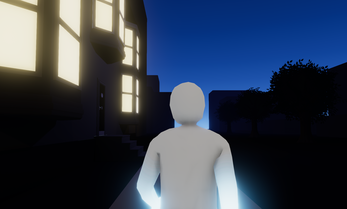 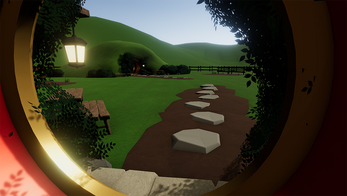 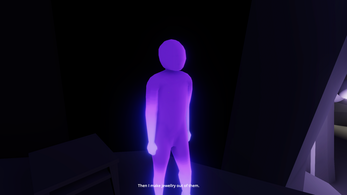 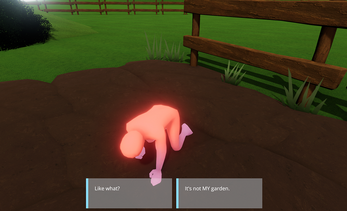 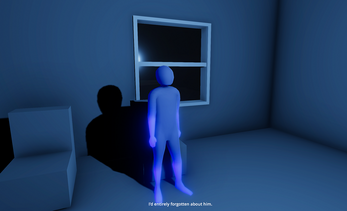 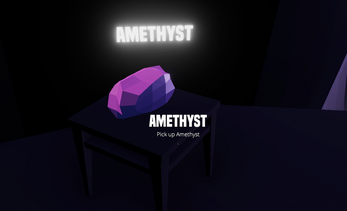